Is your physician a drug addict? 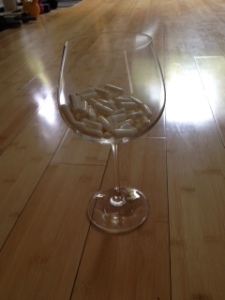 alcohol and pills, a dangerous combination

Alcoholic and drug-addicted doctors and nurses are working in hospitals, labs and elsewhere in the medical field and I don’t want them near me. If I had a choice between a sober doc or one who needs pills in order to perform his duties, then I would demand the sober one. Patients die too often due to incompetent doctors; we cannot permit medicated ones to perform either. If a physician needs rehabilitation, that’s great, but he must be taken out of the medical profession permanently because most addicts remain addicts.

Two television shows, Nurse Jackie (presently airing on Showtime) and House M.D. (a series, on for 8 years which won 2 Golden Globes), show these individuals’ self-destructive behaviors due to their pill-popping addiction. They both were forced into rehab by the hospitals they worked at, did their time, and fooled their family, friends and co-workers that they were cured and no longer craved pills. The audience is shown that they are taking more drugs than ever, but this time they’re sneakier about it. Yes, it’s a TV show, but art imitates life.

Addicted medical professionals are, unfortunately, not fiction; actually the numbers are about the same or higher than that of the general population (1). That’s a frightening fact. It’s such a serious issue that there is a recent bill to address this: AB 2346, a voluntary government-sponsored substance abuse program for medical professionals (1). There are many problems with this bill. One issue is that the government is paying for it, which isn’t fair or logical since doctors have more money than most of the public and can well-afford to pay for it themselves; that it’s voluntary and should definitely be mandatory, and that it’s kept secret from patients (1). I should have the right to know if my physician is an alcoholic or has been stealing drugs to support his destructive habit. I say, put that slanderous data on his on-line profile page so I can determine if I want him making my health decisions. Better yet, revoke his license. If he cannot take care of himself, how can he care for others?

1. Resource: May 18, 2014 LA Times article titled “Politics versus patient Safety” written by Michael Hiltzik, located in the Business section, pages B1 & B7.

← Don’t go crazy on your diet
What you think is healthy, may not be. Don’t be deceived. →