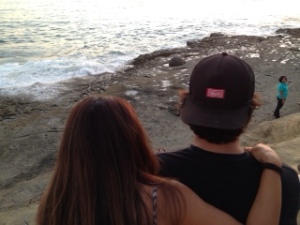 We’re being bombarded with low-testosterone ads on TV, in print and on the Internet. I have to admit that the commercials really creep me out. I also don’t like that the women all appear to be much younger than the gray-haired senior men, which just validates men’s misconceptions that they can woo beautiful, thin young women into bed (gag!).

Testosterone is a hormone with severe side effects. Women were previously encouraged to take HRT, hormone replacement therapy, which later was discovered to increase cancer and, in some cases, cause cancer. Testosterone is said to increase muscle, decrease fat and improve vitality. Taking hormones is risky and “…only a relatively small proportion of the population meets the criteria for testosterone replacement therapy, says testosterone expert Stephanie Page” (1) . How much risk would you be willing to take if you only lost a mere three pounds of fat and gained three pounds of muscle, because those were the findings in a 6 month “Dutch study of 237 healthy men between the ages of 60 and 80” who took testosterone (1).

Some women are even jumping on the bandwagon, taking testosterone to regain their thinner selves even though the “FDA hasn’t approved testosterone for women” (1). Losing extra fat and adding resistance training will increase testosterone levels naturally, for men and women. Save your drug money and put it towards a gym membership instead.