Why veganism is not for everyone 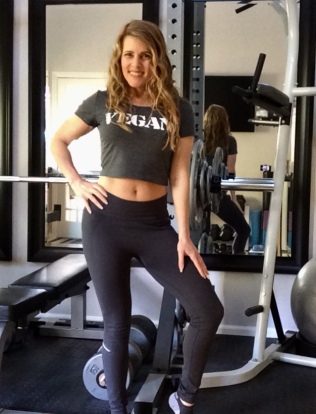 After watching the film “What the Health,” I went 100% vegan and felt great for two weeks, but by the third week, I felt ill…lethargic, tired, and weak. I couldn’t lift as heavy and my muscles were shrinking (I measured my quads). I had intense cravings for sugary and salty snacks, which is not normal for me. My stomach hurt, and I felt tinges of nausea come and go. I read that meat eaters who go vegan can go through a flu-like detox, which can take months to resolve. I’ve also read and heard that some people start losing their hair after cutting out animal protein.

Since vitamin B12 can only be obtained by eating animal meat, vegans are told to take supplements. If a vegan diet is what humans were meant to eat, why would we need supplementation? If meat is so toxic, then, shouldn’t we feel better, not worse after we stop eating it? There’s lots of people who were once vegan and reverted back to eating meat, because they didn’t feel good.

Celebrities who were vegan who went back to being carnivores include: Anne Hathaway, Natalie Portman, film-maker Alex Jamieson, former president Bill Clinton, singer Carrie Underwood, celebrity trainer Bob Harper, and comedian Ellen DeGeneres. While their specific reasons for forgoing a vegan diet vary, their complaints are common and include: ending up with an eating disorder, loss of energy, difficultly finding quality vegan meals in restaurants, and struggling to consume sufficient protein (1).

While I am a big proponent of vegetables, fruit, greens, beans, whole grains, nuts and seeds, I do believe that we were meant to eat SOME animal meat. The problem is that the SAD, Standard American Diet, has ridiculously large portions of meat at each meal. I do eat fish, red meat, ground turkey and eggs, but much less than I used to, and I lost a few pounds.

There are many vegans who do just fine, but they also eat bread and pasta, which are fortified. (I stay away bread and pasta since they are high-carbohydrate, processed foods that spike my blood sugar, which is especially bad for a diabetic). I’ve also had low-iron levels my entire adult life, and was instructed by my doctor to eat red meat once a week. After I cut out meat, my guess is that my iron levels plummeted which caused my energy to drop. What works for one person, may not work for another.

I provide lots of vegan recipes on this blog because we don’t need to eat meat in every meal. I now consider myself “plant-based” and have great admiration for those that are vegan. We should make decisions, not just based on science because science it’s theoretical (remember when all fat was thought to be bad so manufacturers removed the fat and added sugar?). Your diet should be based on what works best for you, your lifestyle, and your goals. Being super strict with food is unreasonable and no fun. We can be healthy and happy!

Photo: Me. I need to find a “NOT” sticker to add to this shirt.