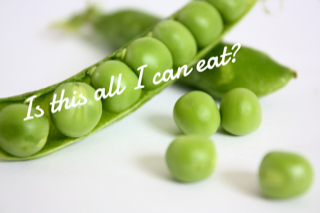 If you’re not losing bodyfat, and all medical issues have been ruled out, you’re probably still eating too many calories. While the average person’s body burns 1200 calories just by being alive (breaking down food, pumping your heart, taking a shower…etc.), if you’re inactive, 1200 just might be the maximum amount of calories you can eat in order to lose excess bodyfat.

No one wants to starve themselves, and, unless your diet is practically perfect, you’re not going to get enough nutrients on a mere 1200 calories a day. While exercising doesn’t burn as many calories as we believe, the solution is to still exercise every day. Taking a walk around the block is great, but that’s more in the realm of moving instead of exercise. So, make it a goal to exercise an hour every day. By exercise, I mean biking, swimming, yoga, jogging, weight lifting, tennis, dancing, Tai Chi…you get the idea.

And switch up your exercises so you’re not just doing cardio. Cardiovascular exercises are great for the heart, but they usually don’t do much to keep your muscles strong so add bodyweight exercises (like push-ups and pull-ups) and weights at least twice a week. By adding daily exercise and moving throughout the day, you should be able to lose bodyfat and still eat three well-rounded meals, and two small snacks a day.

← Exercises frequently done incorrectly
how to gain muscle without getting fat →